Where would Muse be without Sparks, another band that I’m aware of without actually listening to any albums and after giving Kimono My House a spin it sounds like I’ve been missing out! Everybody knows “This Town…” but the rest of the tracks are equally good although the last track, “Equator” is a bit irritating.  Produced by Muff ‘Don’t  Ask How I Got My Name’ Winwood.  Fun Fact: When he was an A n' R person he signed Welshelvis ‘Shakin’ Stevens. Thanks Muff.


Record has been recently tested and is scratch free.
The outer sleeve has no creases or dints and the corners are in good shape. The inner sleeve is crease and crinkle free. The only thing really wrong with this item is the glue on the inner sleeve is coming adrift (see photo).”
Would it be right just to glue down the inner sleeve and not mention it? I’m going with honesty as a best policy here and I don’t want to do a botched restoration job even on a 40 year old record sleeve. 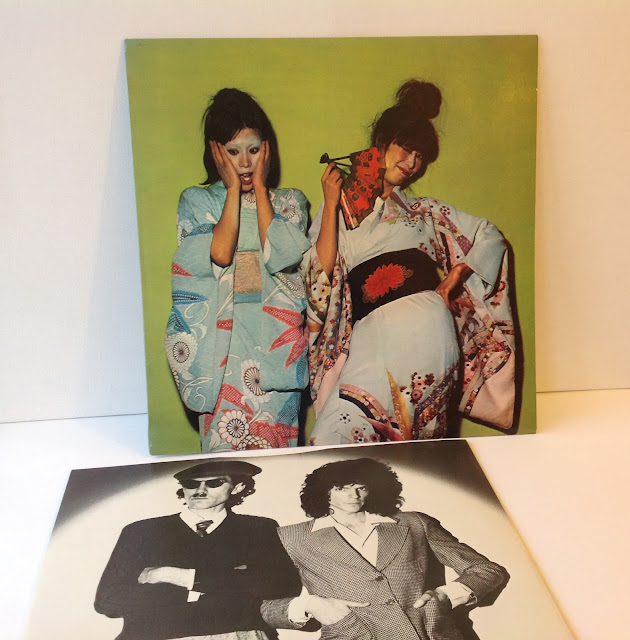 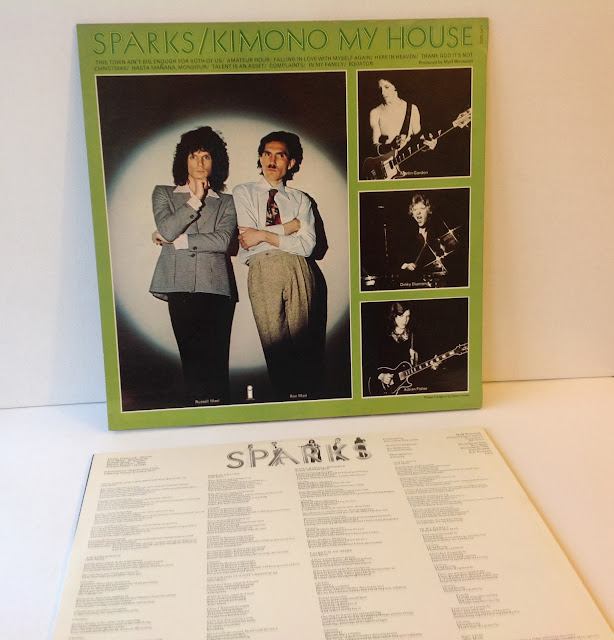 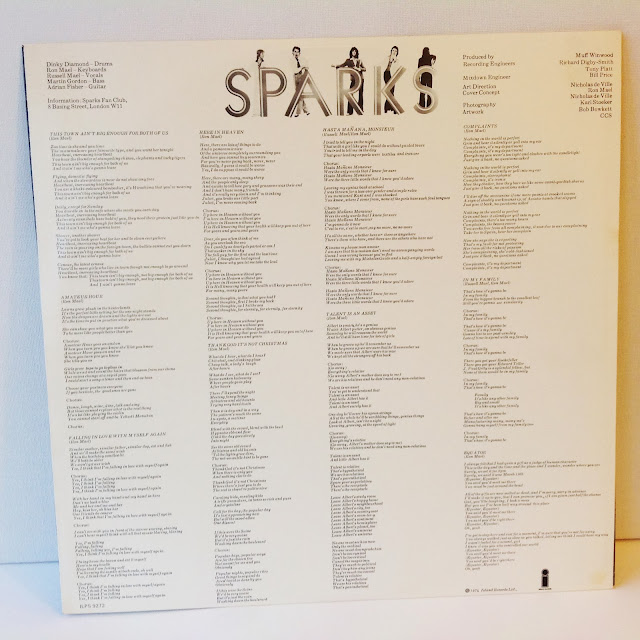 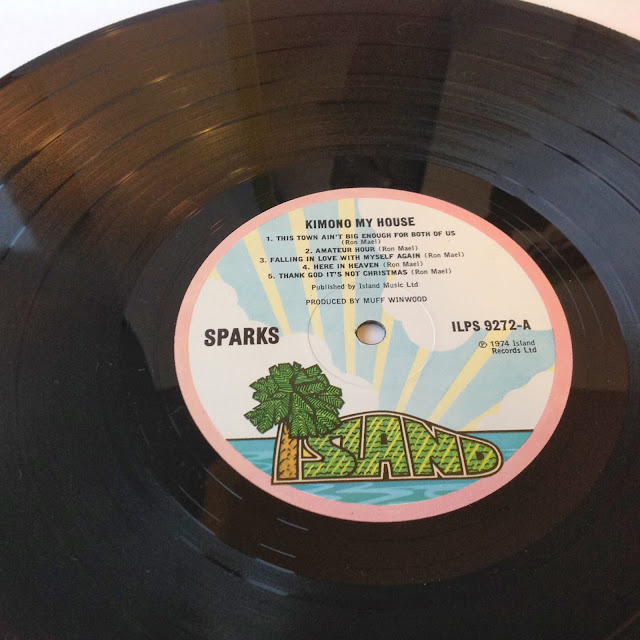 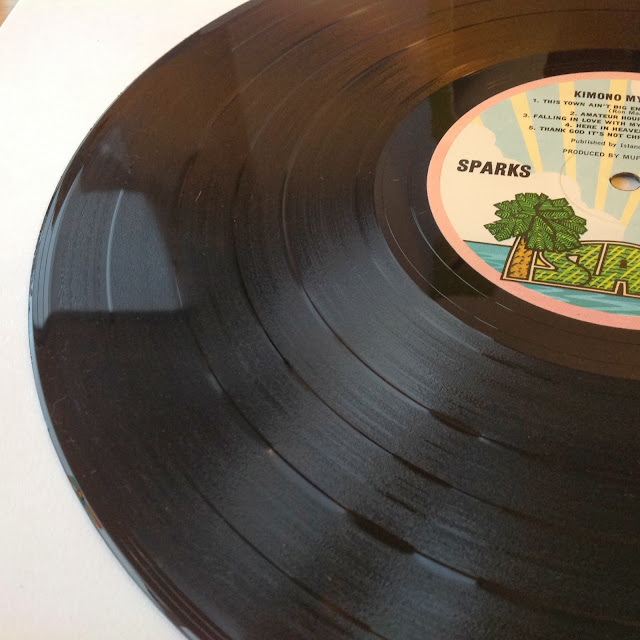 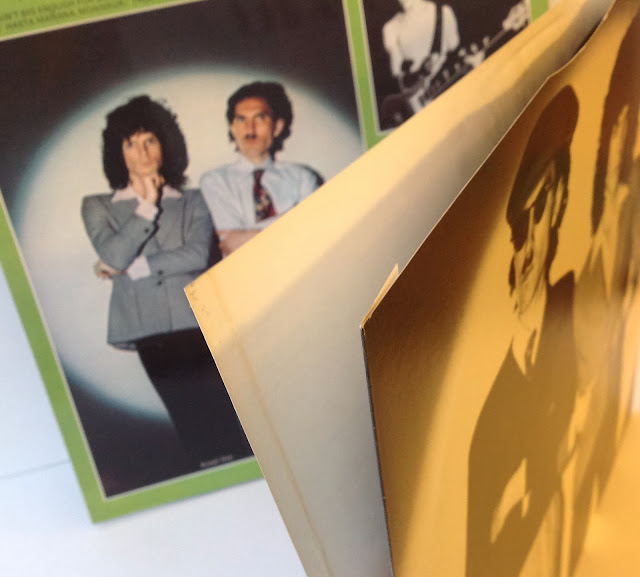 Dr Alimantado - Johnny Was a Baker


Posted by JohnnyCeed No comments:


Surprisingly good this- not heard it before, apart from "Are ‘Friends’ Electric" of course.  Much more guitars than expected, but then I remember seeing some doc where Mr. Numan says they only discovered synths when they got to the studio and you can tell- this is a guitar band with a lot of synths and not a full on electro band.

Missing the poster and the inner sleeve with lyrics. Outer sleeve is in very good condition with only very slight creasing to the spine.
Record has been recently tested and is scratch free and only the occasional 'vinyl pop'. There are a couple of visible scuffs but these do not effect the audio.”
Now the listing is live I’m wondering how much of a problem not having the original lyric sheet sleeve and poster will be. If it doesn’t sell maybe I should try and find a duff copy of the album that has the proper sleeve? 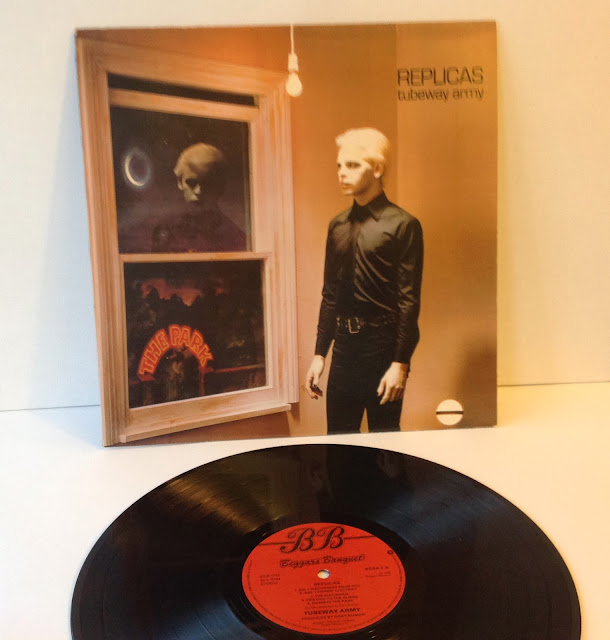 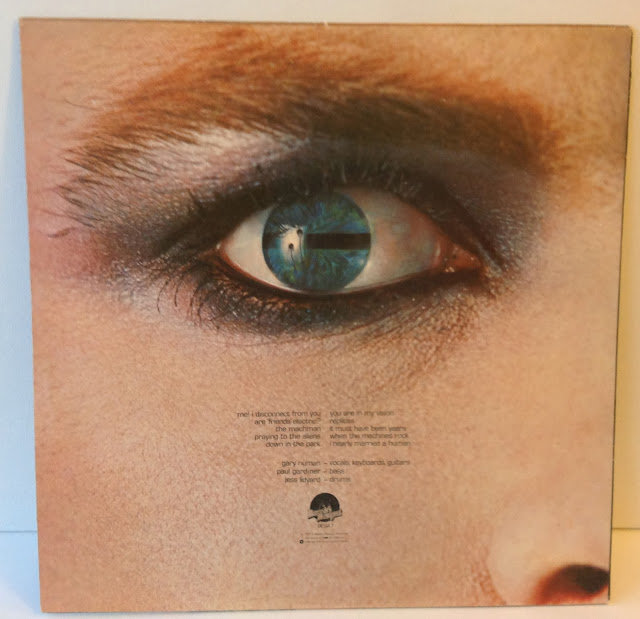 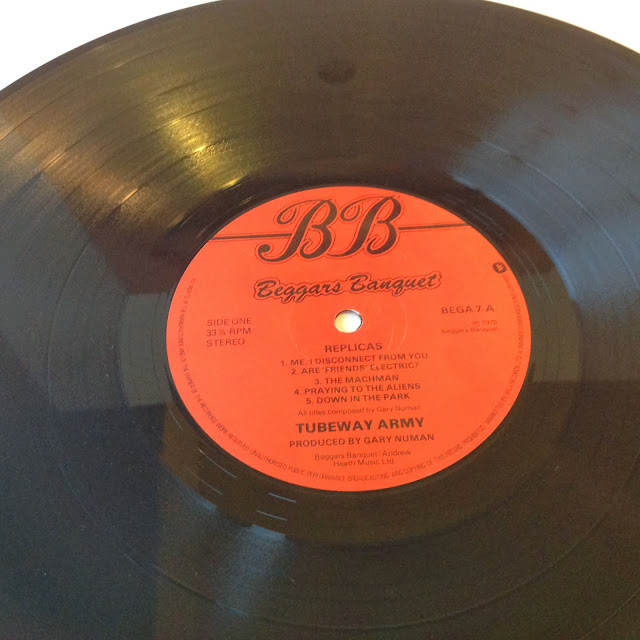 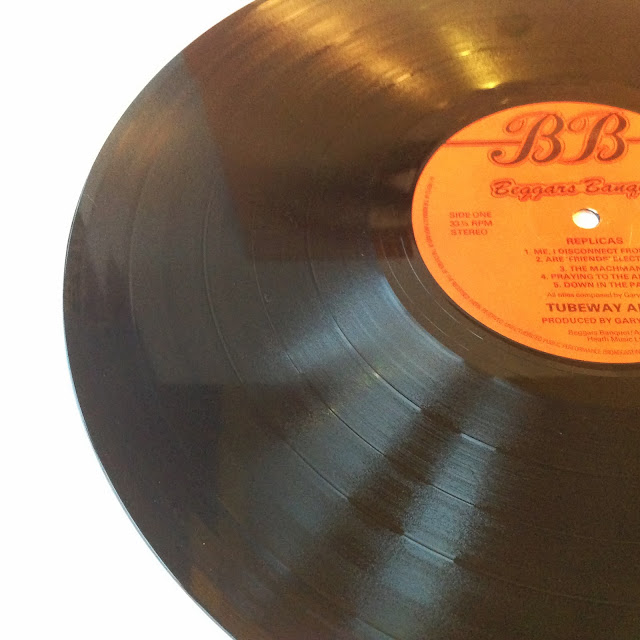 Now that I’m selling on eBay full time my elder bro Karl suggested we flog our old vinyl collection- most of it’s his and a lot of it I’ve never listened to properly. Knowing that detailed information is the key to eBay flogging I figured that it would be a good idea to actually test the records I was hoping to sell in order see if there was any major scratches or problems that might result in ANGRY NEGATIVE FEEDBACK.
Not having owned a record player for about a decade and a half I went on the lookout for something to play them on. I didn’t want to fork out 100’s of squids on a new ‘deck’ so I went on the hunt for an old fashioned ‘hi-fi’. After drawing a blank on freecycle local ebay listings or gumtree I took a Misery Bus into town and went mooching round the charity shops.  4th time lucky I found what I was looking for. A British made Fidelity MC5 (really) all-in-one ‘phono’, ‘tuner’ and ‘tape deck’. £20. I already had some decent speakers (80’s era Technics I’ve been carrying around house move after house move hoping one day to find a use for them), so I was all Ready-to-Rumpole with my Vintage Fi.
I got the thing set up and attached the speakers (by mashing the bare wires into the little holes) and switched it on. And there it was again, that forgotten pop and hum of an analog  amp (and thus I turn into a typical 40something banging on about analog. And vinyl.) The sound was a bit wonky and vary-speed but a quick look on the internet (on a website I forgot to bookmark and now, chillingly, I can’t find*) gave me the solution and after cleaning the spinning rubber disk thing and the underneath of the turn around bit the record goes on it worked fine. Fantastic.

So now I’m in the process of listening to and then listing on eBay mine and my bro’s record collection. I’ll do a brief update/review of each one as I go along. There’s quite a lot, and I’m just grabbing random chunks of them each time I go round to visit, so there won’t be any logic or order to them and expect a LOT of New Wave/Prog/80’s stuff (Karl’s records – will no doubt be in the best condition and sell better), and Metal/80’s Rock (mine- probably unplayable and unsellable). There’s probably some of my parents Nana Mouskouri LP’s buried in there to.

*I remember it going on about the plural of Stylus is ‘Styli’ and not ‘Stlyus’s’s’ and they’re definitely NOT called a ‘needle’. 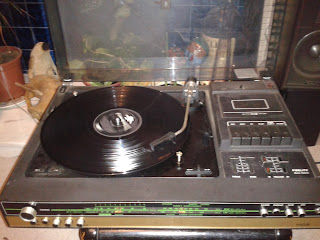 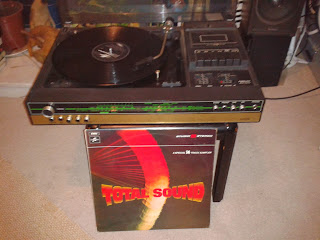 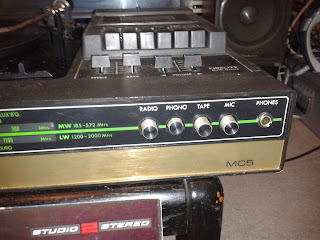 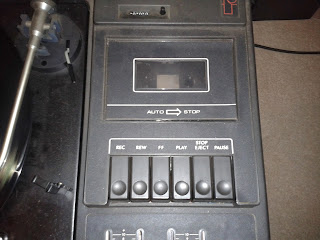 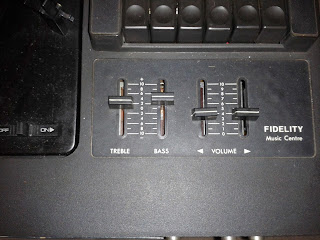 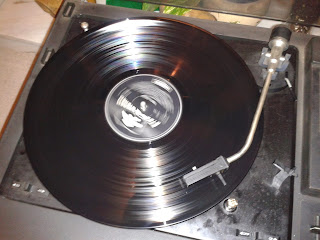 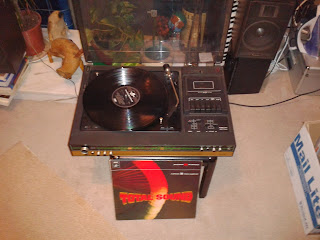 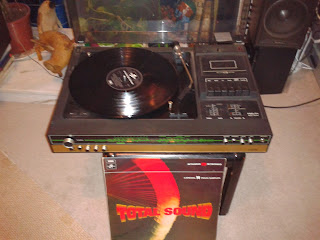 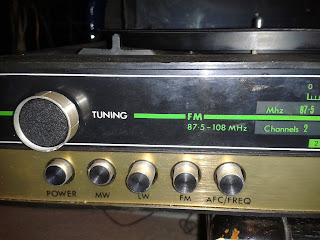 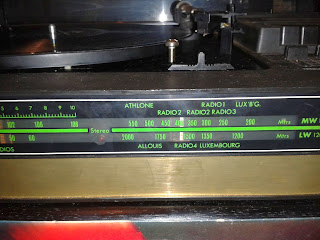 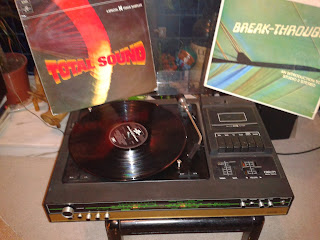 The hirundu: The Dirty Pudding Project

The Dirty Pudding Project is a 13 part Audio Visual extrava-gunza consisting of 13 pieces of audio each with accompanying test and digital art work. Listen to the sounds, read the text and look at the pic- that kind of thing.
Hear it Here
Posted by JohnnyCeed No comments:

Blog Your Face Off